“This brand isn’t just an alcohol brand. It’s my name, it’s my family, it’s my history.”

In episode 58, Becky chats with Flo Vinger about her experience founding VING Vodka, including what inspired her to start a vodka brand after an impressive career in the entertainment industry, what it was like when a Buzzfeed video featuring the brand generated over 9.5 million views, and about Flo’s personal philosophies on topics like fear, leadership, and comparison.

Flo is the Founder of VING Vodka. VING is the cleanest and smoothest, organic, gluten–sugar free, histamine-sulfite non-detectable, first ever award winning Organic Kale, Lemon Peel and Cucumber Vodka and Farm Fresh Corn Vodka for the wellness lifestyle. You may know VING Vodka from a Buzzfeed video that had 8.4M views.
Flo has also had a successful career in the entertainment industry. She is is an award-winning Writer, Director, Editor and Actor with several of her tunes placed in popular TV shows. You can see her in an American Express Commercial, Michael Jackson’s “Behind The Mask”, or Radio Head’s “Street Sprit” music video. She also worked with comedy legend Joan Rivers on “Joan Knows Best” as the lead editor and on popular shows such as “Drew Carey’s Improv-a-ganza”, “Fear Factor”, “Big Brother”, “Battle for Ozzfest” (Ozzy Ozbourne) and “The Worlds Fair” (President Obama, Hilary Clinton). Most recently, Flo created, directed, and executive produced a new pilot called “The LA Spinstress.”

In this episode, Flo and Becky discuss:

“I want to give back and be part of the conversation in a way that is productive and positive. My company is a way for me to do that.”

“At some point in my life all of these things have got to come together and make sense.”

“It’s great to want to be fierce. But be YOU and be fierce.”

Email: info@vingvodka.com for questions about the vodka.

Note: Please see your doctor with questions around alcohol allergies. 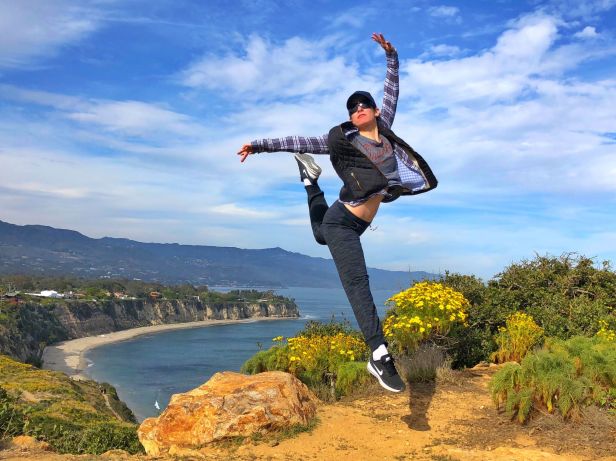 “Who the hell are you? Isn’t that the question we all ask ourselves?”

Each episode co-hosts Becky Bui and Shamala Himrichsen interview amazing female leaders to shine a light on their success stories, their stumbles, and their practical advice.